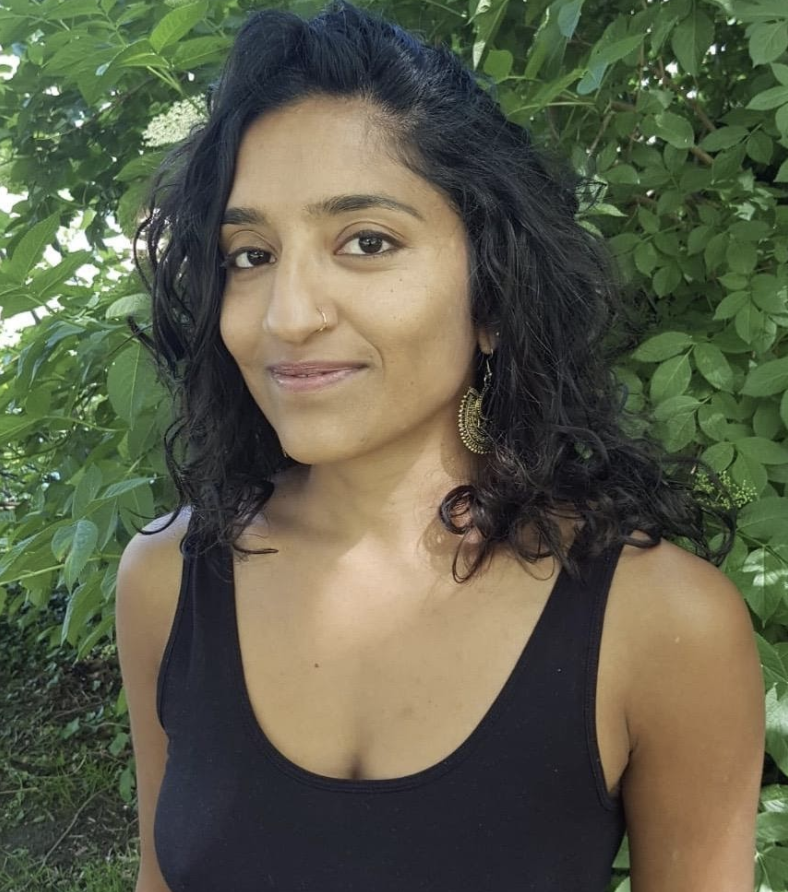 I am a community movement and meditation teacher and qualified Craniosacral Therapist living in South-East London. I grew up in Cambridge and came to London to do a Masters in human rights. I’ve worked on anti-racism, migrants’ rights and intersectional struggles for liberation for the past ten years, including working in India alongside anti-caste movements. I continue to learn and draw inspiration from Black feminist and disability justice leaders, and Buddhist dharma teachings – all of which point to a fundamental truth that we are all deeply connected, and that our liberation as individuals is intimately bound up with the liberation of others (Aboriginal activists group, Queensland, 1970s and others).

For me, social justice cannot be seen separately from individual healing and growth. My journey continues to be one of integrating these strands more fully into my life, work and teaching. As Angela Davis says;

“we have to talk about liberating minds as well as liberating society”.

Movement and meditation have helped to ground and sustain my activism. They have also sparked more joy and lightness in the process!

that the body and the mind are intimately connected.

Migration and movement have played a big part of my ancestral history. I was born in Cambridge to parents of Indian origin who migrated to the UK from Kenya in East Africa.  From as early as I can remember, my physical notion of ‘home’ has always been transient. In my practice, I am continually cultivating a visceral sense of arriving ‘home’ within my body.

I grew up in a household where spirituality was important and I was exposed to it through rich and eclectic mediums, such as: connection with nature, ritual, silence, devotional singing, and storytelling. Whilst I was growing up, my parents were very active in their community – both of them constantly lending solidarity, practical and emotional support to people who needed it. Because of these foundational experiences, being of service to others  is where I have found most meaning – a seed planted early on that I strive to water throughout my life.

I came to meditation in my early twenties during a period of debilitating depression and anxiety whilst at university. I felt overwhelmed by my life and felt disconnected from myself and others in many ways. It felt like life was happening, but I didn’t feel ‘alive’. It was at this time that I came across the teachings of Thich Nhat Hanh, a Vietnamese Zen master and peace activist. It was his teachings on beginning anew in each moment, rooted in mindfulness that spoke directly to my heart. It wasn’t long after this that I attended my first Buddhist meditation class where I had that profound sense of coming home to myself. I then began a meditation practice that included spending extended periods of time in silent meditation retreat. On one of these retreats, yoga was taught alongside the meditation and I found the combination of stillness through meditation and movement through yoga powerful and enlivening. The yoga for me felt like meditation in motion, with the same orientation to presence and awareness running through the two. 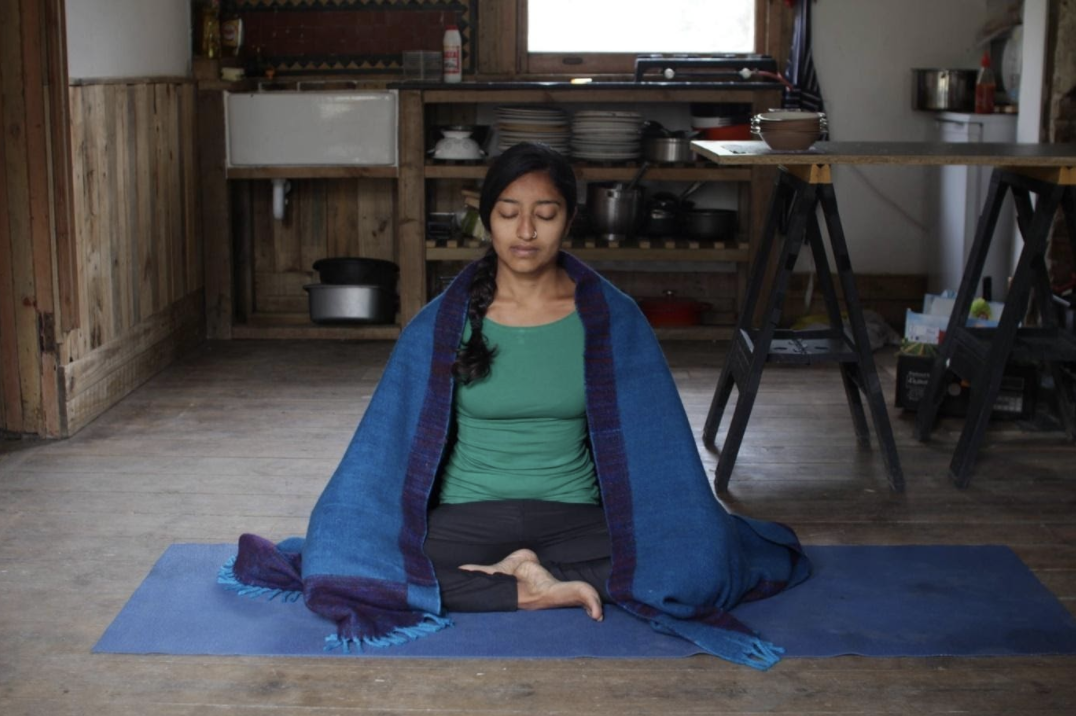 After university, I started to work in India, in solidarity with Dalit (so-called ‘untouchables’) and adivasi (tribal) anti-caste movements there, where I witnessed first-hand the impact of the trauma of centuries of oppression and violence on individuals and communities. At the same time I learnt a lot from Ambedkarite (inspired by the life and teachings of Dr Ambedkar) activists about the power of resistance when it is rooted both in individual consciousness change and radical action in society.

I have experienced two significant periods of burnout in my life. These have been turning points for me, as they forced me to look carefully at how I had abandoned myself and the care of my own bodymind in the process of trying to support others. I noticed that this wasn’t something unique to me; I saw it happening around me – especially among people who care for others and those at the forefront of resisting oppression. This is partly why I centre rest as a practice in itself through my teaching.

I wouldn’t be exaggerating if I said that practising meditation

and yoga has transformed my life.

This isn’t at all to suggest that its been all sunshine and happiness, but these practices have helped me to find space in my bodymind to hold the rich, beautiful and painful tapestry of events and emotions that come with being human. In 2019 I suffered a significant bereavement. The grief left me feeling broken and my body felt like a difficult place to inhabit. My practice has evolved as my life circumstances have changed. This is a poignant and humbling reminder that healing and growth is not linear, which is also a key part of how I practice. I am often reminded of the teachings of Pema Chodron:

The best part of my work is experiencing the magic that often happens when people begin to ‘come together again’.

I see meditation and movement as vehicles through which we can become more intimate with the present moment – so much of the time our minds are lost in the past or on planning into the future. Meditation and meditative movement are direct portals to this moment. 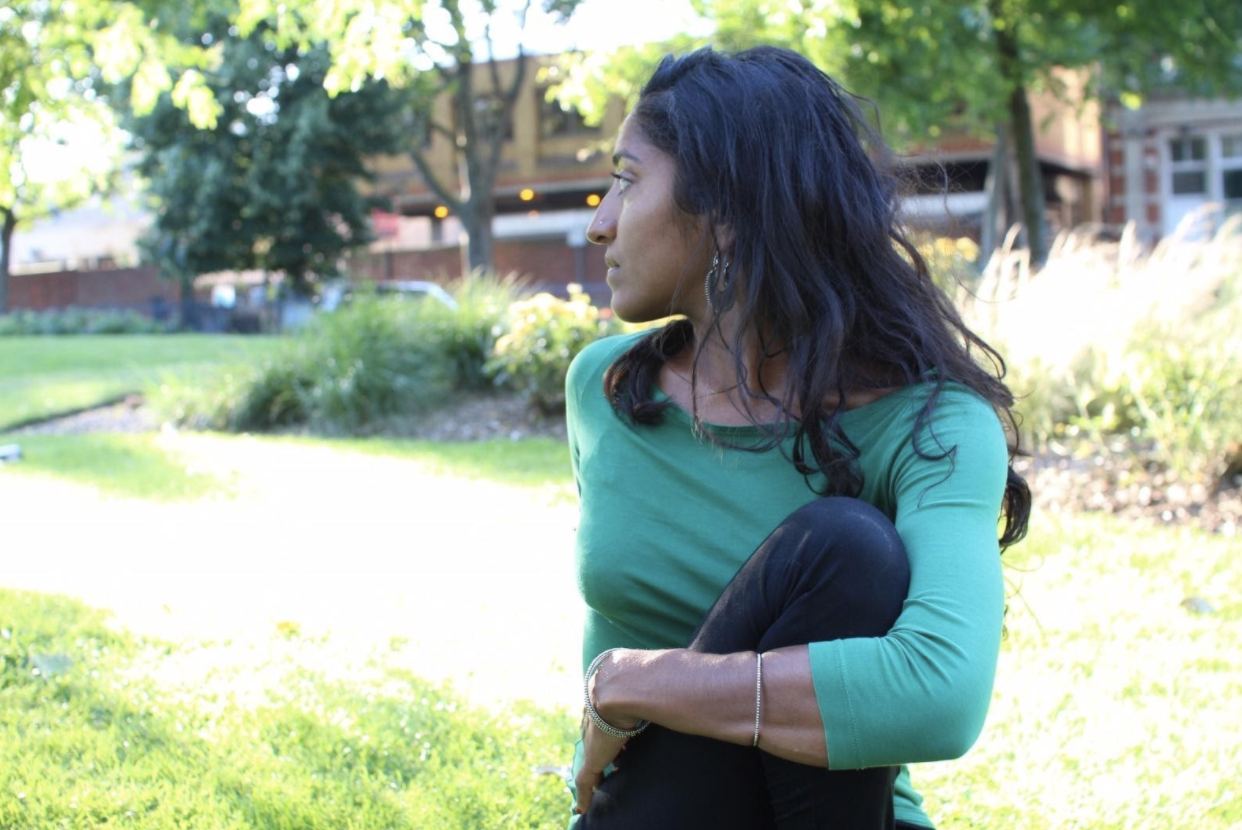 I hold a 200-hour yoga teacher training certificate in Ashtanga and Yin Yoga with Zolder Studio. I qualified in 2014 and am registered with the Yoga Alliance. My practice is trauma-informed and I am registered with The Yoga Clinic which specialises in Trauma Informed Yoga practices.

Other related areas that I have trained in include; The Neurobiology of Trauma & Trauma Informed Yoga practices, Humanistic & Psychodynamic Counselling, Massage, The Hakomi Method of Mindfulness Based Assisted Self-Discovery, Biodynamic Psychotherapy, Focusing and Mental Health First Aid.

I am listed on Healing Justice London’s practitioner network.

For more details of my training, see here.

Jilna is an outstanding meditation, yoga and body work facilitator, with such a rare gift for reaching her participants and guiding them skillfully. Her own practice, wisdom and deep commitment to social justice shines through everything she offers. It makes her accessible and incredibly caring. I feel her work as a deep invitation towards groundedness, joy,  justice and transformation.

EXAMPLES OF SPACES AND CLASSES I HAVE HELD

During the Covid-19 lockdown, I noticed that there was a gap in the availability of accessible movement classes. It is important to me that people of all generations and of differing mobility have access to movement and meditation, especially during this time. Since April, I have been running an online class where the movement practices are mostly chair-based. For me, the most special thing about this class has been how it has become a distinctly intergenerational space.

These workshops created space for people to come together to cultivate stillness and rest. The focus on Yin Yoga and Deep Rest was to facilitate access to the parasympathetic nervous system which is important in regulating stress.

These classes draw on yoga and breathwork to offer tools for practical support to refugee youth, many of whom are new arrivals in the country. Weather permitting, these classes take place outdoors.

Yoga for migrant women - at a regular migrant drop-in centres

These classes often begin with a short check-in circle which is followed by gentle breathing exercises and then movement exercises where I offer plenty of options.

I collaborated with Marianna Musett of Healing Resistance Massage to offer 3 workshops with the intentional focus of practicing community/collective care. These extended workshops included elements of individual practice and practicing with others, for example, through guided partner work and reflective exercises. Over the course of the 3 sessions, we offered a range of practices; movement (yoga and improvisation), meditation (seated, lying and walking), self-massage, writing, deep rest and sharing. Each workshop ended with tea, snacks and time to connect with others. These public workshops were queer and trans BIPOC-centred, with allies welcome, and included two solidarity spaces for people with insecure immigration status.

Workplace meditation, movement and rest workshops - as part of team-building initiatives and team away days.

These sessions include classes/workshops that are part of team strategy-setting days, team away days and more generally, as part of organisational wellbeing drives.

Gentle movement for adults with experience of the mental health system.

These sessions specifically emphasise practising tools for coping with depression and anxiety. They draw on elements of meditation, movement and rest.

Jilna has a beautiful and gentle way of walking the walk, and allowing rest, silence and the body to do the work of liberation that so many of us desperately need. I really appreciated her holding space to go inwards and find silence mid pandemic and BLM uprising, when I personally had no words or tears left to cry.